For 18 years, the Malabar Sports Academy in Pullurampara, located 40 km from Kozhikode, has been training the best sports talents in the region.

The setting is idyllic, almost perfect. About 40 km from the bustling town of Kozhikode in Kerala, St Joseph’s Upper Secondary School in Pullurampara is surrounded by scenic hills and fields. Students have access to two sprawling campuses, ideal weather all year round, and a pollution-free environment. The outdoors, understandably, is an attractive proposition, encouraging students to engage in a range of sporting activities. For 18 years, the Malabar Sports Academy, created in collaboration with the school and located a stone’s throw away, has been training the best talents in the region.

The project was devised by TT Kurian, a math teacher at the school at the time. Until then, with students only being able to compete at the district level, Kurian was keen to expose them to higher levels of competition. Conversations with friends and colleagues sparked the idea of ​​creating an academy and, despite multiple challenges, the doors to the institution were opened in 2003. Although primarily intended for students of St Joseph’s, the academy has also allowed those in neighboring neighborhoods to register after a screening process.

Seven years later, Tomy Cherian, a resident of Pullurampara and a former student of the school, was recruited by Kurian as head coach. Cherian, who was working with Kannur’s sports division at the time, made an immediate impact and academy athletes began to win medals in prestigious competitions, both nationally and internationally.

“When the academy was opened in 2003, I supported coaches by advising them on how to conduct training sessions, giving them training plans and giving them insight into other areas in which I ‘had expertise,’ recalls Cherian. “Since I became a head coach in 2010, my idea has been to instill a sense of ‘team’ in the athletes, so that they train in coordination with each other. We started regular workouts for all events and included the science of sports in the training which helped reduce injuries, and the athletes gained strength and endurance. We were able to organize ourselves more and make plans based on the performances of our athletes. “

However, while the progress under the leadership of Kurian and Cherian was significant, the daily operations of the academy were hampered due to the lack of sufficient funds. The equipment was outdated, it was not always possible to provide the required nutrition to athletes, and it was difficult to get to competitions. The introduction of the Reliance Foundation Youth Sports (RFYS) annual athletics competition in 2017-18 proved to be a change for the facility, as the initiative included a monetary grant to top performing institutions unlike other competitions of this type.

Over the next three years, several academy athletes won podiums at the RFYS National Finals in all disciplines of the sub-junior, junior and senior categories, allowing the academy to become eligible for a grant in excess of Rs. 10 lakh. Jolly Thomas, the principal of St Joseph’s, immediately noticed the positive impact of the additional funding on the operations of the academy.

“The grant allowed us to make significant improvements, including opening a gymnasium for students,” says Jolly. “We were able to provide healthy food and facilities such as housing for our students. The quality of training has thus significantly improved and the athletes perform better. It also causes more students to develop an interest in athletics and sports in general. 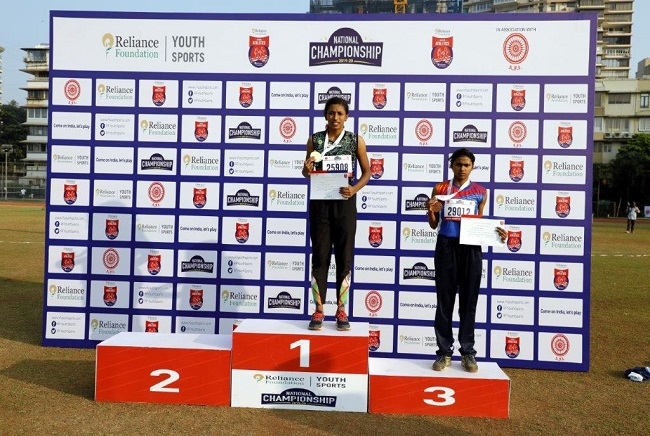 “We bought equipment such as hurdles, pole vault beds and fiber poles with the grant,” adds Kurian. “With the new quality equipment, our female athletes who previously jumped 2.70m in the pole vault now reach 3.00m. Most of the old hedges were made by us, they caused injuries and were easily destroyed. Now we have good quality hurdles and with the upgrade of our gym equipment we also started to compete in weightlifting.

The academy’s trophy cabinet now displays the impressive achievements of its students. No less than 13 medals at national level in disciplines ranging from high jump, long jump, 400m, javelin throw and 100 and 400m hurdles were won by athletes of the academy during the last year. Triple jumper Lizbeth Karoline and 100m hurdles Aparna Roy competed in the World School Youth Meeting in Turkey in 2016. Lizbeth won three gold medals at the national level while Aparna won a bronze medal at the Asian Youth Games in Bangkok in 2017 and a silver medal at the South Asian Games. Games in Kathmandu in 2019.

Others, like long jumper Abhirami VM, 18, are making great strides, winning gold at the junior state competition in 2019, among other notable performances. High jumper Roshna Augustine, also 18, returned home with a silver medal at the National Junior Championships earlier this year and won the South Zone competition with a personal best 5.57 feet , also earlier this year. 400m runner Treesa Mathew captured a silver medal in the medley relay at the 2019 Junior Nationals. While improving the academy’s training facilities has been an important aspect of their development, another factor is invaluable in enhancing their development as athletes has competed in the RFYS National Finals in Mumbai over the years. 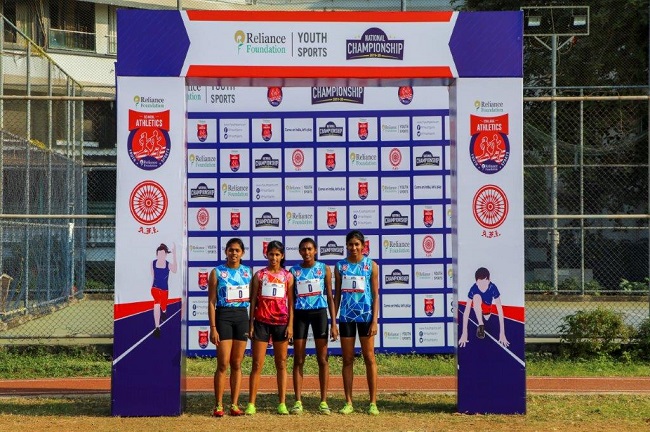 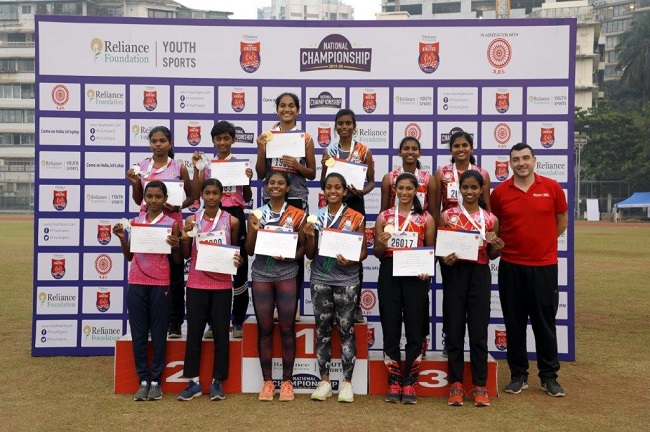 “The RFYS event was my first time competing outside of Kerala and it was an eye-opening experience for me,” Roshna recalls. “It was like an international competition, with the facilities offered and the quality of the athletes I met. It made me all the more drawn to athletics. I am now determined to win an international medal and eventually compete in the Olympics.

Clearly, from its humble beginnings, the association of Malabar Sports Academy and St Joseph’s Upper Secondary School has come a long way, firmly placing Pullurampara on the national athletics map. Of the 50 athletes who represented Kerala at the National Junior Championships earlier this year, up to 8 were from the academy. At the Southern Zone National Championships, 18 athletes represented Kerala from the academy and 14 returned with medals. With consistent success, encouraged by a passionate and motivated team of coaches and with access to much improved training equipment, more athletes from little Pullurampara are set to make a splash in the near future. The seeds sown in 2003 are starting to bear fruit.

This article was created by Reliance Foundation Youth Sports as part of a partnership with TNM to promote young athletes.