Chapel Hill residents can look forward to another grocery store option as a vacant lot at Chapel Hill’s Eastgate Crossing Mall is filled.

In June, the city’s Community Design Commission unanimously approved plans for a 24,884 square foot Aldi at Eastgate Crossing, located at the intersection of E. Franklin Street and Fordham Boulevard.

The space near Kipos Restaurant and Dollar Tree is across from the parking lot of another popular grocer: Trader Joe’s. The future grocery store lot has remained vacant since its former occupant, Stein Mart, announced Chapter 11 bankruptcy in August 2020.

Eastgate Crossing sits squarely in the Blue Hill neighborhood of the town of Chapel Hill, home to some of Chapel Hill’s oldest suburban-style malls, including Village Plaza and Rams Plaza.

Although the City Council does not review or vote on projects in the Blue Hill District, the Community Design Commission and the City Manager approve concept plans to expedite construction of the projects.

A map of the Blue Hill District and its encompassed shopping centers. (Photo via City of Chapel Hill)

Orange County records show Aldi signed a 10-year lease with the owner of Eastgate in April. The lease gives Aldi the right to renew its lease in five-year installments over the next 35 years.

Eastgate Crossing Shopping Center changed ownership at the end of 2020, the latest in a recent series of shopping centers in the area to do so. KRG Eastgate Chapel Hill LLC, a subsidiary of real estate investment firm Kite Realty Group, purchased the 14-acre mall from its long-time owner, Federal Realty Investment Trust.

At present, the project is on hold for city zoning compliance and no opening date has been set.

In addition to its businesses, Eastgate Crossing is known for its proximity to Booker Creek, which has a propensity for flooding. The Town of Chapel Hill recently completed the installation of a storage pond near the mall to improve stormwater retention to reduce severe flooding.

Before the Community Design Commission approved the Aldi project in June, the commission asked the developer to make the back of the storefront, which faces Booker Creek Basin, more aesthetic.

The new renderings of the project, adding more planting along the blank walls and lowering the height of the rear facade by two feet, were deemed more than sufficient.

“I want to congratulate you [the applicant] for all your efforts to address our concerns, ”said Chris Berndt, member of the Community Design Commission. “I think it’s a big improvement and it will be a lot better from the [Booker Creek Basin] Park.” 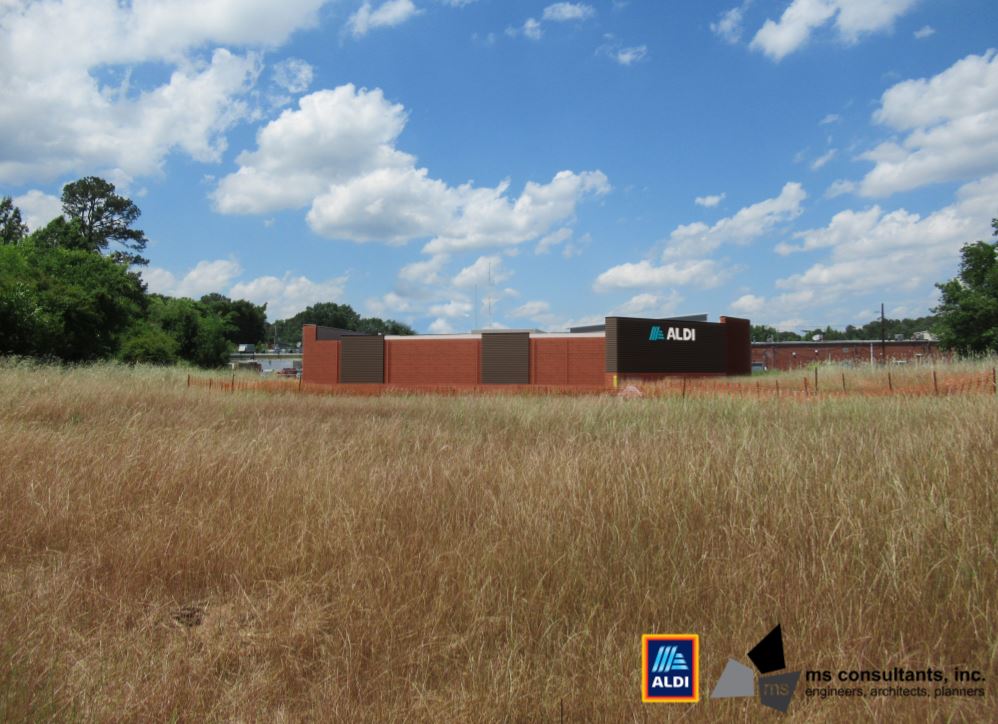 A render of the store’s back facade, viewed from Booker Creek Basin Park. (Photo via Aldi / MS Consultants)

Apart from the future Chapel Hill location, the nearest Aldi location is in Durham, near the NC 751 motorway.

According to a February press release, Aldi announced the opening of approximately 100 new stores nationwide in 2021. Currently, the retailer has more than 2,000 stores in 38 states.

Chapelboro.com does not charge subscription fees. You can support local journalism and our mission to serve the community. Contribute today – every dollar counts.