Elk Grove Village Administrator and Deputy Mayor Sam Lissner (left), who announced he would not run again at Tuesday’s Village Board meeting, greets the administrator of the Elk Grove Village Public Library, Kathy Jarosch (right), who announced after Tuesday’s meeting that she would run for Lissner’s seat in next spring’s municipal elections. (Tom Robb/Newspaper photo)

When voters head to the polls in next April’s mayoral election, they won’t see the name of longtime Elk Grove Village administrator and Deputy Mayor Sam Lissner on the ballot. Lissner announced he would not seek re-election after 28 years as a village administrator at Tuesday’s village council meeting.

At that same meeting, a resident and business owner with another household name around Elk Grove, Kathy Jarosch, co-owner of Jarosch Bakery and administrator of the Elk Grove Village Public Library, announced her race to take the seat of Lissner, with the support of the mayor. Craig Johnson.

Lissner said he would serve out his entire term until next spring.

This will be Miller’s first election since she was nominated to fill the seat of retired Nancy Czarnik in November last year. Schmidt will seek his second elected term.

“It has been an honor and a privilege for me to serve the community of Elk Grove Village. I have been fortunate to serve with outstanding and dedicated board members, past and present. Our mayor’s leadership and creative vision make the council exceptional,” Lissner said.

“Over the years, I have had the pleasure of meeting many residents and businesses whose feedback has been invaluable,” continued Lissner. “And of course, our employees provide the exceptional services that make our village incomparable. I also have to thank my wife and family for abandoning me for so many hours and missing family events.

At Tuesday’s village board meeting, Lissner also thanked reporters from local newspapers, including the Journal & Topics, for their coverage over the years.

Lissner began his tenure as a village administrator in April 1995, serving as chairman of the village cable television committee, member of the capital improvement committee and information committee, and representing the village at the ‘Northern Cook County Solid Waste Agency, and the O’Hare Suburb Commission.

Prior to serving as Trustee for the Village of Elk Grove, Lissner began his public service in 1986 on the board of governors of Harper College. The following year he was elected to Elk Grove Township School Dist. 59 Board of Education where he served as council chairman from November 1992 to November 1994 before being elected to the village council in April 1995.

Jarosch was appointed to the Elk Grove Village Public Library Board in April last year to replace the late library trustee Donald Henderson, who died while in office the previous month. Her two-year term on the library board would end at the same time, if successful in the elections, that her term as village administrator would begin.

“Kathy has my full support, as do Tammy and Steve (in their election candidacies),” Mayor Johnson said. 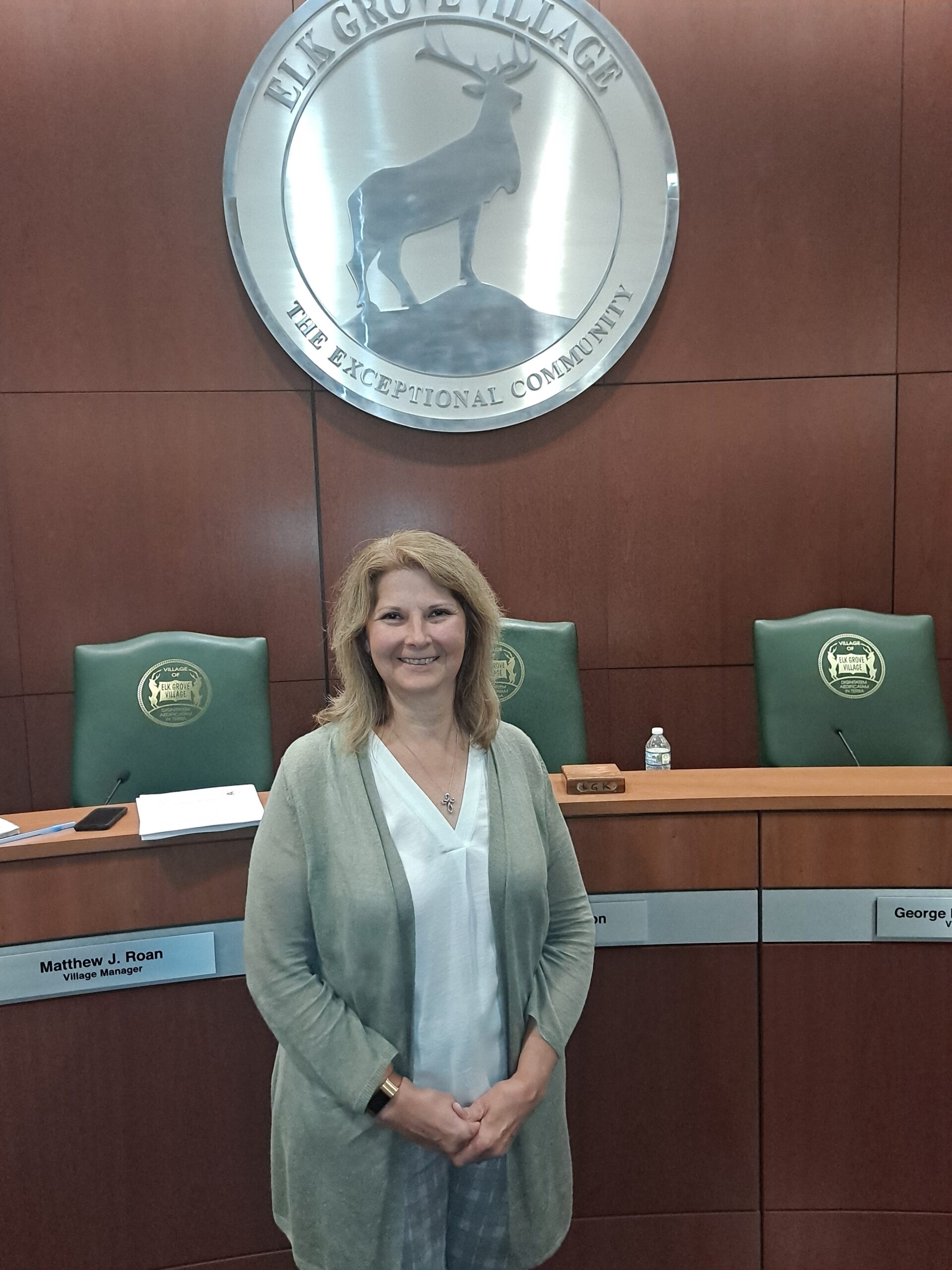 She said she was excited about the booming business and development in the village and praised the police and fire department.

Jarosch Bakery is currently a tenant of the village-owned mall on Arlington Heights and Higgins roads. Jarosch said she would recuse herself from any vote on the development if it still belongs to the village, when and if she is elected and takes office next spring.

Johnson said he was not aware of any other community members interested in running for village administrator.

The collection period for nomination petitions for the April 2023 elections begins next month.

Support local news by subscribing to Journal & Topics in print or online.