Land left over from Henrico’s realignment of a major intersection on the west end of the county is being positioned for residential development.

Legacy Land Development is planning 28 residential lots on approximately a dozen acres straddling John Rolfe Drive at its intersection with the northern portion of Pump Road.

The undeveloped land, along the east side of the promenade north of Church Road and the west side south of Pump, was previously county-owned land that was acquired for the construction of the promenade about a decade ago .

After the parkway was completed and its intersection with Church and Pump reconfigured, the remaining land was declared surplus and put up for sale, with the county issuing a tender.

Legacy Land, a Henrico-based developer whose local projects include Pemberton Ridge in the county and Westlake Heights in the city, placed the highest bid received: $525,000. He purchased the property in January for that amount under the Pemberton Investments LLC entity. 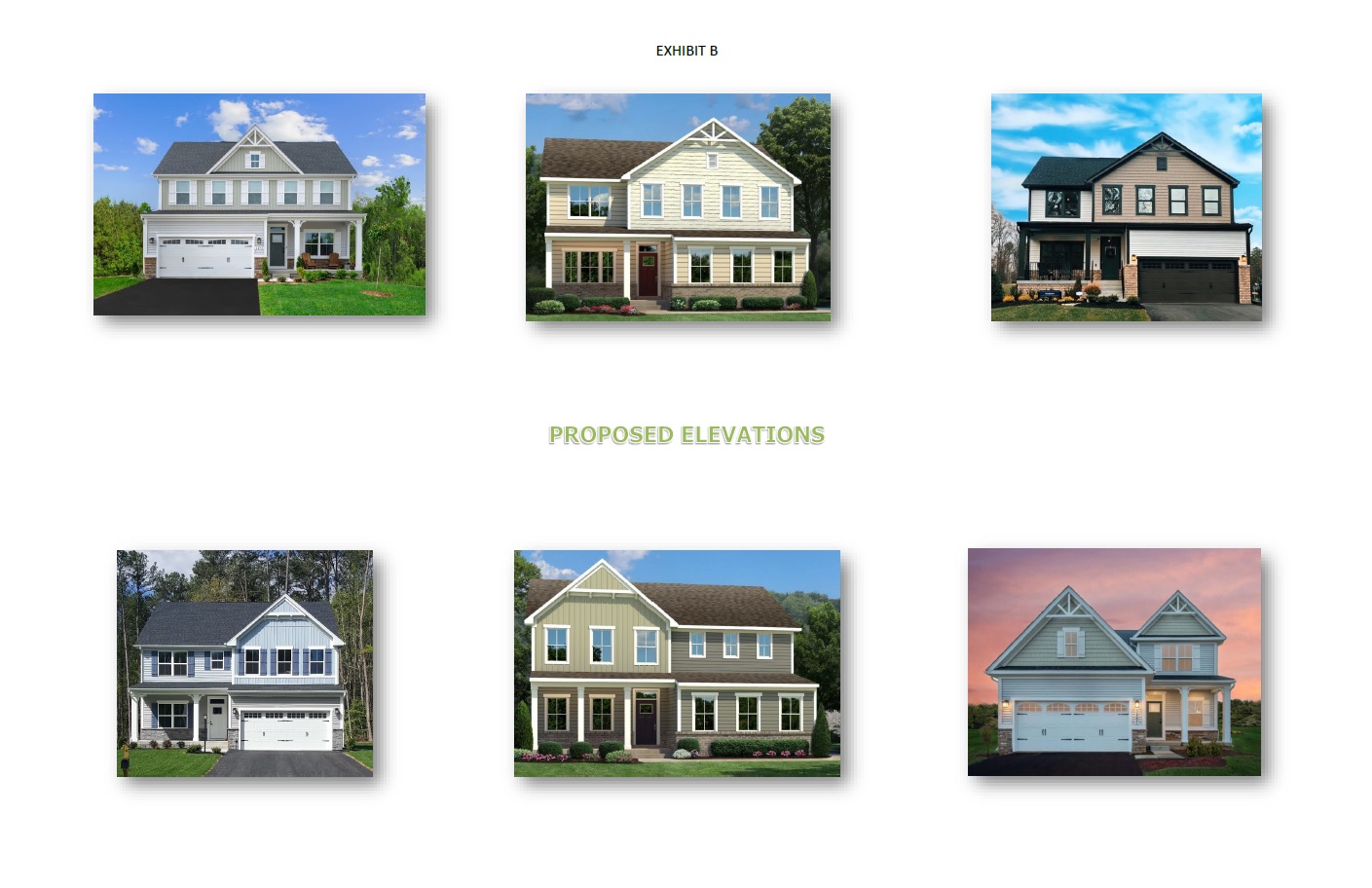 The purchase price was about one-third of the county’s estimated value for the $1.6 million property. But given its narrow layout and division by the roads into four distinct parts, two of which are smaller and not part of the development proposal, the sale price reflected what the market had to bear, Steve said. Yob, deputy county manager for Henrico.

“I think that’s a pretty fair assessment of what the market would have paid for it,” Yob said. Noting the configuration of the site with roads running through it, he added: “The value to someone developing it is correspondingly reduced because you can’t get all 12 acres on it.”

Yob noted that Legacy Land’s bid was one of only two the county received in a second round of bids. An initial solicitation attracted only one bid, at $313,000, which Yob said the county deemed too low.

Also considering that the land was not tax property and that unused land may require maintenance costs and attract trespassers and unauthorized activity, Yob said it was in the county’s interest to sell to the highest price received.

“We try to act in the best interests of our taxpayers,” he said. 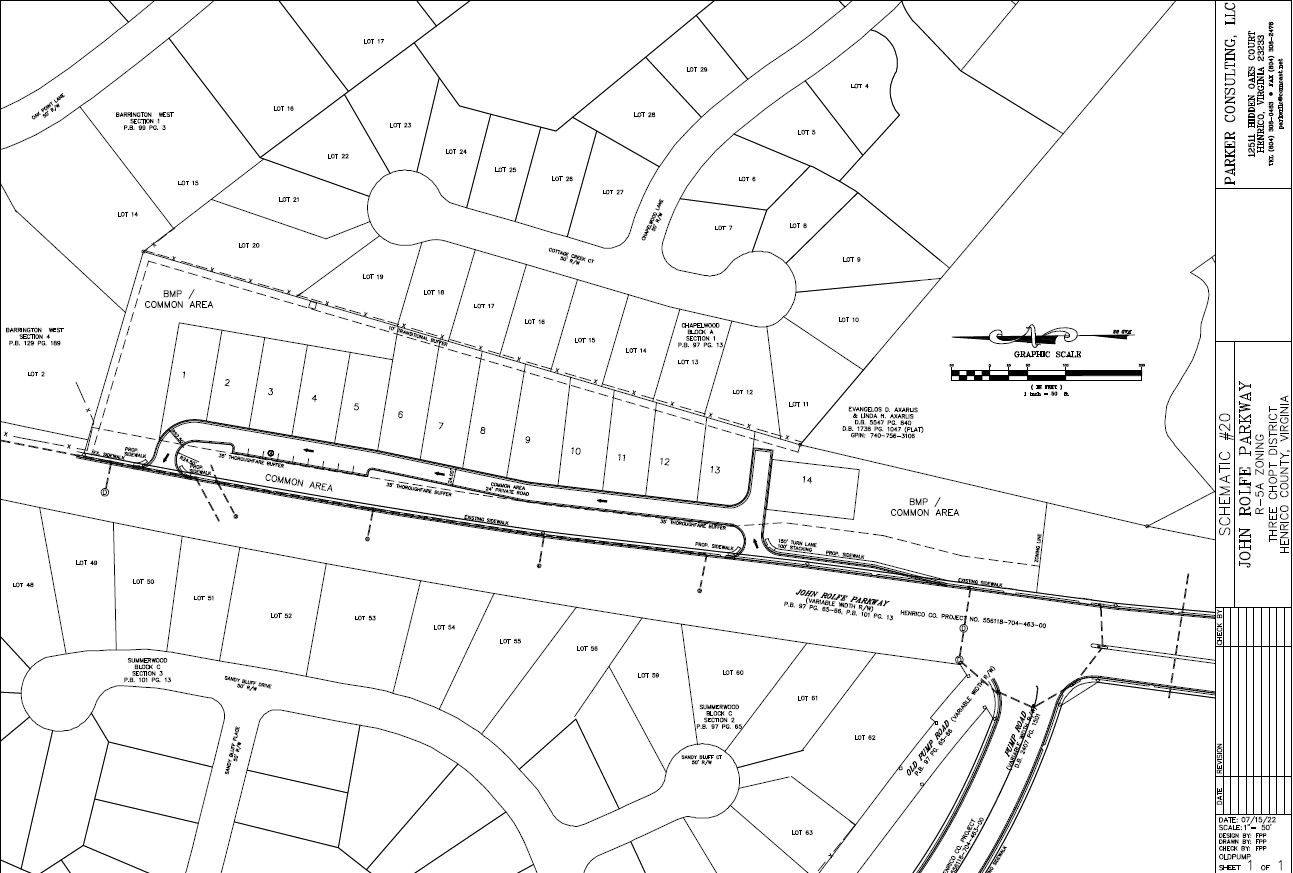 A map of the longest lot along John Rolfe Parkway shows reception sites and a common area.

Legacy Land is requesting rezoning to allow 28 lots, reduced from an original proposal of 32, effectively split between the longer lot on the east side of the parkway and a triangular-shaped lot on the west side south of Pump and adjacent from Old Pump Road.

Homes will be a minimum of 2,100 square feet and will include two-car garages. The plans do not specify the number of bedrooms and bathrooms.

The two smaller rooms that make up the property – one at the intersection of Church Road and the other along the north side of Pump – are not included in the proposal. Plans show a retention pond on the property south of Pump.

A builder for the homes has not been selected, said Andy Condlin, a Roth Jackson attorney representing Legacy Land in his rezoning application. The prices of the houses are not mentioned on the plans.

“We have tried to design this to be consistent with the surrounding properties but we also need to consider that we are on John Rolfe Parkway, Pump Road and Church Road and provide buffers for these houses and the surrounding houses “Condlin said. 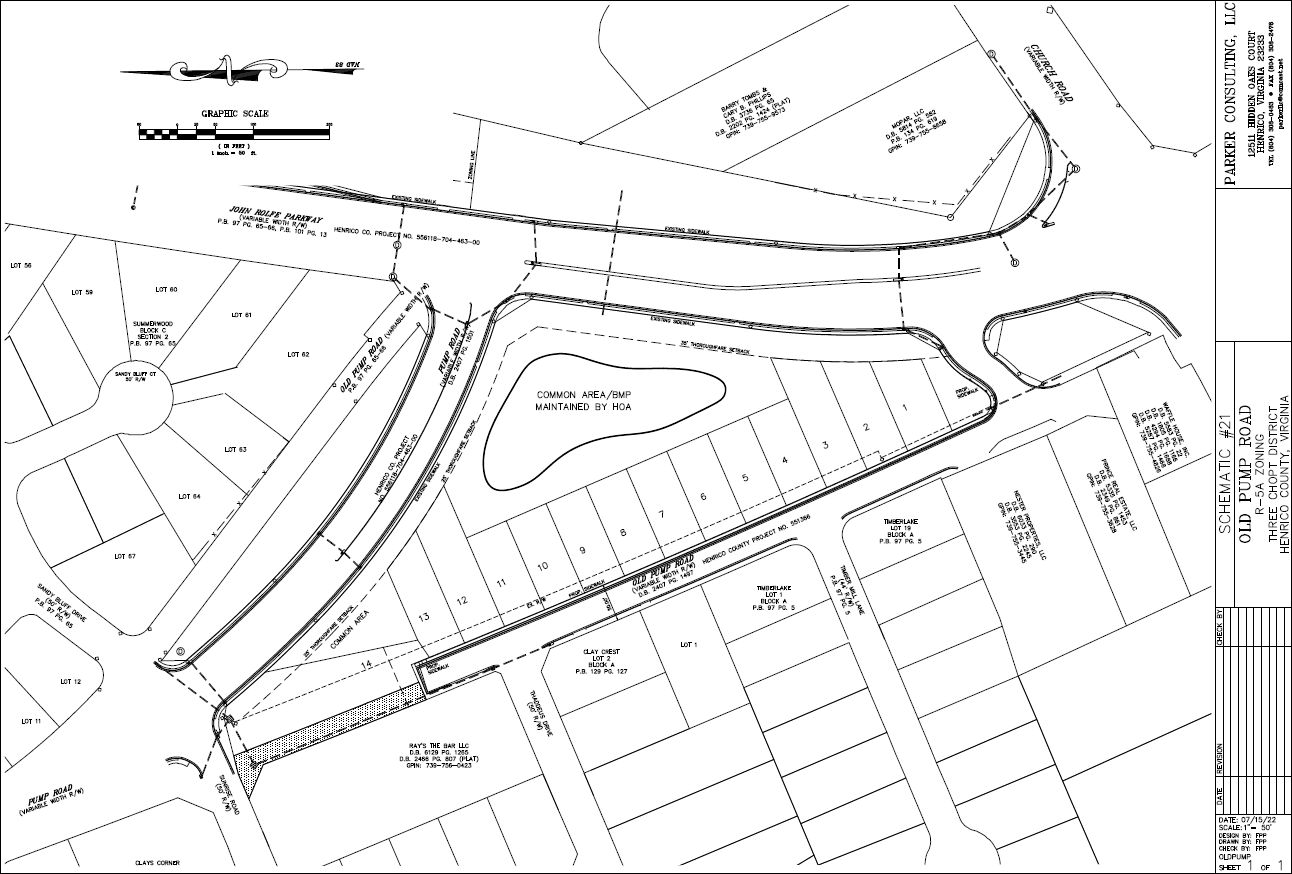 A triangular plan of the property with reception sites and a retention pond.

The Henrico Planning Commission supported the rezoning at its July 14 meeting. The request now goes to the Supervisory Board.

The houses would fill what was left of the land from the realignment of the pump and church crossroads when John Rolfe was extended to connect to West Broad Street. The redesign and associated rezonings were intended to encourage a mix of development that would result in an urban village-style walkable community.

Across the Church Road intersection, south of the site, another remnant of this project is also slated for development. Rebkee Co. is working with Main Street Homes to develop the 8-acre site there with 81 townhouses and approximately 7,000 square feet of retail space for a project called John Rolfe Mews.